You are here: Stressbusting > Basics > What is stress? What’s the definition of stress?

What is stress? Coming up with a definition of stress is not as easy as you might think. Hilly Janes explores the confusion surrounding the term and explains how your body reacts when under severe stress. 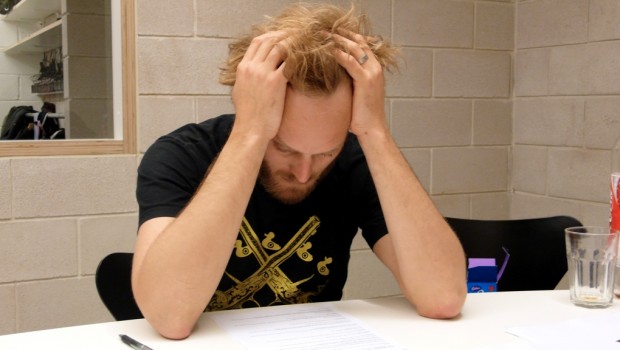 There’s no agreed medical definition of stress, and argument about the word’s meaning stems at least partly from the fact that it can refer both to stressful events or circumstances and to our reactions to them.

What adds to the confusion is that not all of us find the same things stressful. Some of us will tense up at the thought of speaking in public, for example, while others might find flying to be far more stressful.

The definition of stress

Looking up the origins of the word is somewhat helpful. “Stress” has its origins in the Latin word “strictus”, meaning “drawn tight”. This later developed into the Middle English definition of stress as “hardship or force exerted on a person for the purpose of compulsion”.

The definition has changed over the centuries, but the Hungarian doctor and biochemist Hans Selye (1907-1982) is credited with “discovering” modern stress. He studied how the body’s adverse reaction to demands placed on it could trigger hormonal changes that, over time, could lead to problems such as high blood pressure and a compromised immune system.

The role of stressors

Selye avoided the need for a definition of stress by coining the word “stressors” to describe the things or events that cause stress. Later, psychologists divided stressors into four different types:

1. One-off events with a limited time span, e.g. making a speech or dealing with a toddler’s tantrum.

2. Events with a longer time span, but where there is an end in sight, e.g. taking exams, moving house, or getting divorced.

3. Past events, e.g. witnessing a terrible accident, military combat, or being assaulted.

4. Continuous events with no end in sight, e.g. being in debt, or caring for someone with dementia.

The fight or flight response

Sometimes even happy events, like planning a wedding or becoming a parent, can be stressful. But the body’s reaction to stressors is the same. It triggers the production of hormones including adrenaline and cortisol to prepare our bodies for what the primitive part of our brains perceives as an attack. This in turn triggers the “fight or flight response” that our ancestors needed to escape, fight or avoid predators.

Nowadays, there aren’t many predators on the streets, but our physical reaction to stressors has not changed: “stress” hormones send signals to our hearts to beat faster and pump more oxygen around our bodies. Stress also makes us produce more glucose to give us energy, make us more alert and cause our muscles to tense up.

When flight or fight causes problems

That reaction is still vital – it’s what makes us stop dead instead of stepping into the path of a speeding car, or flee from danger. But when it’s in response to less life-threatening situations, like a bullying boss or getting stuck in a lift, it can hinder rather than help.

While one person’s fight or flight response is what gives them their get up and go, it can paralyse others. Why we react differently is probably to do with our personality and life history, but not properly understood.

This difference in our sensitivity to stress also explains why some people are unsympathetic when others feel stressed: “Why can’t they just ‘man up’?” In short, occasional bursts of stress may not be harmful, but if they come thick and fast, or are continuous, the raised cortisol and adrenaline levels that they cause can harm our health.

Sometimes it’s difficult to distinguish between the definition of stress and that of anxiety. The physical symptoms are similar, but one key difference is that while most people recognise what’s causing their stress, anxiety may be a more general malaise with no apparent cause.

The cost of stress

Whatever the precise definition of stress, it’s certainly a problem. The government agency the Health and Safety Executive, which gathers data on workplace stress, estimated that in 2011/12, the latter caused 40% of all work-related illnesses, resulting in the UK losing 10.4 million working days in 2011/12. On average, each person suffering from work-related stress took 24 days off work. Research by the Priory Group of hospitals claimed that the cost of stress at work to the British economy is £3.7 billion a year.

If you are feeling stressed and would like to understand your symptoms better, you can take our unique stress test. Stressbusting also offers a large amount of information on possible treatments for stress as well as two therapy selector tests to find the treatment most suitable for you.