Women who suffer stress and mental health problems in pregnancy are more likely to have a child that is bullied in later life, finds a new study. 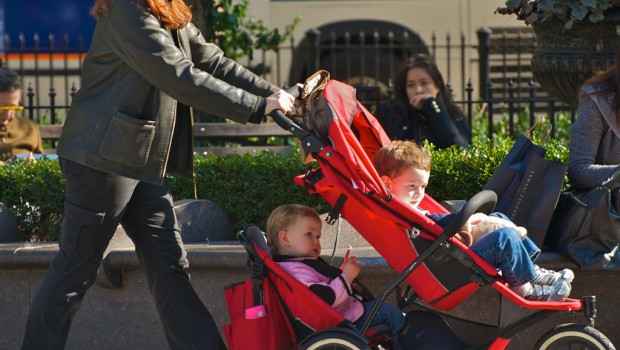 A study by psychologists at the University of Warwick in the UK has found that exposure to stress leads to large amounts of neurohormones being released into the blood stream, which can change the developing foetus’ own stress response system.

Youngsters who were exposed to more neurohormones in the womb are more likely to cry or feel anxious at school. This, in turn, makes them easier targets for playground bullies.

“Changes in the stress response system can affect behaviour and how children react emotionally to stress such as being picked on by a bully,” explained Dieter Wolke, professor of developmental psychology.

“Children who more easily show a stress reaction such as crying, running away, anxiety, are then selected by bullies to home in to.”

The research, which is published in the Journal of Child Psychology and Psychiatry, examined 8,829 children from the long-term health research project called the Avon Longitudinal Study of Parents and Children (ALSPAC).

It evaluated bullying and victimisation by peers by asking questions of children aged seven-ten, their teachers, and parents.

The research found that while the developing baby can be affected by the stress and mental health issues of the mother, these factors also increase the chance of the child later becoming a victim of bullying.

“The whole thing becomes a vicious cycle,” Professor Wolke went on. “A child with an altered stress response system is more likely to be bullied, which affects their stress response even further and increases the likelihood of them developing mental health problems in later life.”