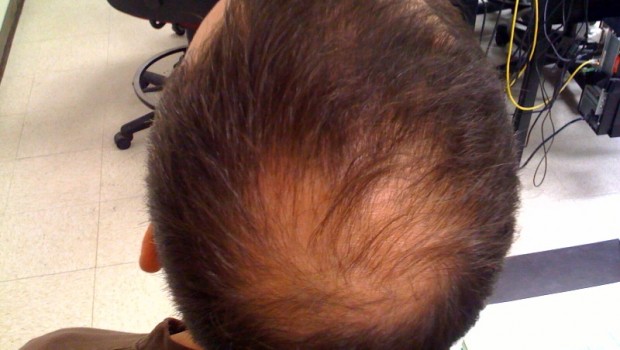 Contrary to what some people believe, stress-related hair loss can affect both men and women. It is most common in men over the age of 30. Women are usually affected at a slightly later age.

Individuals suffering from stress-related hair loss will often first notice the problem when washing or brushing their hair. They may notice large numbers of hairs falling from their scalp at one time. Frequently, however, the process is more gradual.

Numerous studies have shown a statistical link between high levels of stress and hair loss. A 1998 study at Western Kentucky University concluded that “women who experience high stress are 11 times more likely to experience hair loss”.

A 2003 study at Rijeka University Medical School in Croatia found that a “significantly higher degree (than average) of trait-anxiety and perceived distress” was reported in individuals suffering from hair loss.

Despite many other similar studies demonstrating a connection between stress and hair loss, it is only fairly recently that there has been serious investigation into the science behind such claims.

A 2003 study at Humboldt University in Germany showed that stress “prematurely terminates the normal duration of active hair growth in mice”. Its author claimed that this was the first clear evidence that emotional stress can cause hair loss.

Following on from the 2003 study, research published in the American Journal of Pathology in 2007 looked at whether similar results could be obtained with human hair. The researchers discovered that substance P, a specific substance released when an individual is under stress, prematurely causes hair to stop growing.

The good news is that stress-related hair loss often resolves on its own. If you are able to reduce your general stress levels, your hair may well grow back within a few months.

Treatments aimed at bringing stress levels under control include Cognitive Behavioural Therapy (CBT) and Mindfulness. A balanced diet and regular exercise are two other effective ways of reducing stress.

There are numerous drugs and supplements that can be used to combat hair loss. It is best, however, to consult your doctor before deciding on a course of action.