You are here: Stressbusting > Causes > Family & Children > Stress during pregnancy: is it dangerous?

Can stress during pregnancy harm an unborn child? Many women worry that their health or behaviour could damage the foetus, but what’s the evidence? And how can women help themselves? 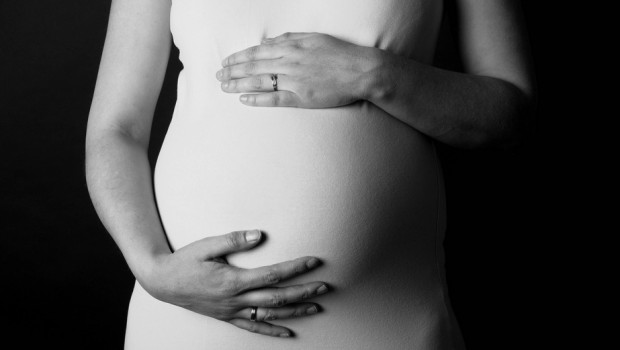 Harmful effects of stress during pregnancy

The role of cortisol

Some research has suggested that raised levels of the stress hormone cortisol can harm the foetus. Cortisol is always present in our bodies, but levels rise when we are stressed. It increases heart rate and muscle tension, what is termed the “fight or flight” response. This is often helpful in the short term, but continuously elevated cortisol levels, scientists believe, can cause illness.

Despite the widespread assumption that stress during pregnancy could be dangerous, it is difficult to prove such a hypothesis.

The only scientifically rigorous way to prove damaging effects of stress during pregnancy would be to deliberately subject pregnant women to stress, and compare the health of their babies with those of women on whom the stress was not inflicted.

This is of course unethical and so research tends to be done on mice or rats. Results of studies on rodents may suggest pointers to follow up in human trials, but then we are back to square one.

Some studies of stress during pregnancy rely on women describing their stress levels, which may be unreliable. The research tends to look at extreme stress like domestic violence, serious financial problems or dramatic changes like becoming a refugee

These stressors may well continue after children are born, so it may in fact be stress during childhood that causes problems, for which there is a lot of evidence.

Research by the respected Cochrane Collaboration, however, has shown that women in stress-inducing socially disadvantaged situations who are offered support during pregnancy are less likely to suffer complications or have a caesarean birth.

The Cochrane Collaboration also reports that women who experience significant stress may be at higher risk of developing antenatal depression and less able to look after themselves or their baby.

Becoming and staying pregnant depends on an intricate cascade of hormonal triggers. Elevated stress-hormone levels could interfere with this. There is not, however, any conclusive research to support that the stressors of day-to-day life are dangerous.

Pregnancy itself can be stressful

Feeling stressed is often caused by feeling that you are not in control. Worrying about how your pregnancy is progressing, possible health problems or complications and becoming a parent can all exacerbate feelings of helplessness. Morning sickness and the lack of sleep and physical discomfort of late pregnancy can make it harder to cope with stressors like difficult colleagues, moving house or a bereavement.

Some women may turn to coping mechanisms that do more harm to their baby than the effects of stress itself. Drinking a lot of coffee or alcohol, putting on excess weight, smoking, taking recreational drugs, antidepressants or sleeping tablets are variously implicated in an increased risk of miscarriage and birth defects. If you are self-medicating like this and are contemplating having a baby, or are already pregnant, you should speak to your doctor or midwife.

Relaxation and a healthy lifestyle

The best way to combat the effect of stress during pregnancy is to learn how to relax and have a healthy lifestyle. Limit yourself to small amounts of caffeine. The recommended daily limit of caffeine during pregnancy is 200mg a day (roughly two cups of coffee). The NHS recommends sticking to one or two units of alcohol a week (one large glass of wine). This article explains more about the best ways to lower your stress levels.

The importance of staying active

Another way to ease the effects of stress in pregnancy is to stay active. According to the Royal College of Obstetricians and Gynaecologists, fatigue, varicose veins, piles and swollen limbs are reduced in women who exercise, and they experience reduced rates of insomnia, stress, anxiety and depression.

Most babies are healthy and normal

If you are pregnant and found reading this stressful, relax! Only one to two per cent of babies are born with birth defects in the UK.

You feel what you eat