Does your gender affect how you react to stress? Women are often thought to handle multi-tasking better than men. But does the science back this up? 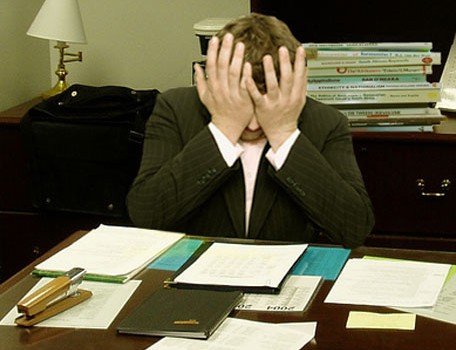 Women are commonly said to be better than men at multi-tasking but men, suggests a new study, can recall information better than normally when they are under mild stress, whereas the same appears not to be true of women.

Psychologists in the US made the claim after testing the levels of stress hormone cortisol in 37 men and 38 women who were asked to memorise a passage of scientific text.

Researchers, led by Almut Hubach, at Lehigh University, Pennsylvania, asked the participants to read and remember the passage on the first day and on the second, they had to recall the information while undergoing either a cold pressor test, which involves placing the hand in ice-cold water (as a form of stress), or putting their hand in warm water (which acted as a control).

Cortisol levels in their saliva were measured to test their stress response before and 20 minutes after the cold pressor test or warm water control.

On the third day, they were asked to recall the information again, but no one was placed in a stressful situation.

Researchers found that under stressful conditions, the cortisol levels in men were heightened, but their accuracy was also increased, compared with men who were asked to recall the information in the neutral condition.

On the third day, when they were asked to recall the information, the increased performance levels of the men had returned to normal. This suggests that mild stress can benefit a man’s ability to recall certain information, claimed Hupbach, whose study is published in the journal Behavioral Neuroscience.

“This shows that moderate stress does not only have immediate effects on retrieval, but can improve retention after a delay,” he added.

However, the same effect was not found in women. Although the women experienced slightly higher levels of cortisol when they underwent the recall test in the stressful condition, their level of recall did not improve.

One thought on “Men remember stuff better under stress – but women don’t: study”