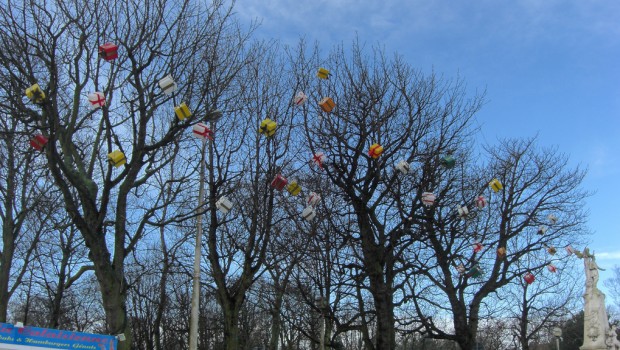 Many people feel stressed because they are channelled into a particular way of thinking. They are stuck in a routine at home or at work, and life is different shades of grey instead of new colours. This leads to boredom, frustration in relationships and a lack of self-worth which in turn leads to negative thinking and stress.

Quite by chance, I saw one of the best examples of how routine can damage a relationship when a patient called Alan came to me with a minor problem. Having quickly dealt with the problem we had time to discuss his forthcoming wedding anniversary. He was very much looking forward to taking his wife to the same restaurant they went to every year, and presenting her with a bouquet of flowers at the end of the evening. He told me how much she looked for ward to this; it was one of the high points of her year as far as he was concerned. I was genuinely pleased for him and wished him well.

The following day I saw his wife Fran for a routine appointment and asked, almost in passing, whether she was looking forward to her anniversary celebration. Her reply was loud and to the point. Not only was she fed up with going to the same place year after year, but knowing she was going to be given flowers at a certain time in a certain way reduced the gesture to routine. Warming to the subject she told me how she dearly loved her husband, but resented the fact that he never made any impulsive gestures. In all innocence he felt as many men do – that taking his wife out for a meal once a year was enough to show his affection. For the rest of the year a routine was followed which was driving her to distraction. All she wanted was an occasional, unexpected spontaneous gesture – flowers at other times, a romantic meal at home or even a day together away from home. The more she tried to forget her expectations the greater they became, until they had reached the level where her anniversary was going to be spoiled. Once I had listened to both sides, it was obvious there was a huge gulf between them. It was difficult suggesting to him that he should be more spontaneous, since impulsive acts are just that – impulsive. To plan spontaneity defeats the point. However, I was at least able to point out to Alan that a change is sometimes useful, and he promptly changed the restaurant they were going to. Fran told me later that although the flowers still arrived on cue, she was pleased with them because she knew Alan was trying his best. For his part, Alan now occasionally alters his routine to surprise Fran, and they get on better than ever as a result.

You do not need to spend money to be impulsive. Unexpected compliments can boost someone’s confidence for days – but always check you are giving them because you want to, not because you want something back in return

Give a spontaneous compliment or perform an impulsive act of generosity. These may cost nothing, but can mean everything to others.

Stressed out? Your problems answered