You are here: Stressbusting > Causes > Productivity & Procrastination > The 50-minute rule

More and more of us eat lunch at our desks and stubbornly refuse to take anything resembling a break during the working day. This, Dr Roger Henderson argues, is counterproductive. Taking a time out every hour will boost your wellbeing and productivity. 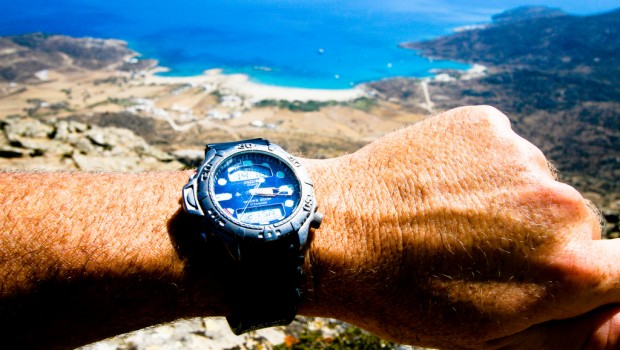 Concentration has its limits

Concentration is not infinite. We all know the feeling when we are working hard for hours on end – the longer we stick at it, the more difficult it seems to get.

At the end of a typical Monday, not only have I forgotten most of the 60 patients I have seen, but find it difficult to put any sensible thoughts together. It is only later, when I am able to relax with a decent glass of wine, that my concentration span rises again. This is because I have spent most of the day breaking my own golden rule – work hard and concentrate as best you can, but remember to rest your brain for five or ten minutes every hour.

Take a time out

This may involve relaxing, thinking about nothing in particular, doing breathing exercises or spending time on a completely different project. The project should be something of personal interest, such as planning a holiday or thinking about a treat for yourself. It does not matter whether you actually get the treat – it is the thought that counts.

There are of course difficulties with this. Employers – and I am one – do not like their staff to sit with their feet up. However, if you are stuck at a desk for most of the day, simply getting up and doing something different can be effective.

As long as your brain is allowed to switch off and float free for a few minutes it will reward you by working better. You may not notice dramatic effects immediately, but jobs that always had loose ends begin to get finished, and the headache at the end of the day will disappear.

Stress and the city

This point was highlighted some years ago when I was treating a City trader for stress. His problem was not that he could not do his job. On the contrary, he was very successful in all he did. However, constant pressure – and the thought that he would be criticised if he was away from his desk for any period – meant he became insecure about everything he did.

This would have been bad enough if it was just his own money he was dealing with, but when large amounts of other people’s money were involved, it was even more important that he felt in control of his actions. After deciding that what would help him most was the chance to have a small number of breaks in his day, he was able to devise a screensaver on his computer that looked like a trading screen, but was actually a dummy image.

This would last for five minutes before disappearing, and he would flick this on every hour or two between important actions. It gave him the opportunity to look at the screen and think about nothing, while he cleared his head before starting his next activity.

You do not need to go to such lengths to achieve the same effect. Simply remember that a change is as good as a rest as far as your concentration is concerned.

Give work your best shot for 50 minutes in every hour, then recharge for 5 or 10 minutes. Switch to a different project if you can. Concentrating for long unbroken stretches makes you less efficient, so keep yourself alert and focused.