You are here: Stressbusting > Causes > Productivity & Procrastination > Why ‘stress envy’ is the new stress epidemic

Now that everyone who's anyone is stressed by having too much to do, stress is today's essential badge of status and success. Result: ever more of us are suffering from 'Stress Envy' and feeling stressed by the fear that... er, well, that we aren't sufficiently stressed. David Thomas investigates the latest stress epidemic. 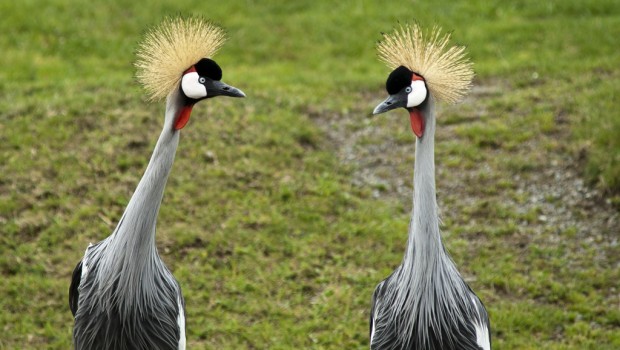 Have you ever noticed how people boast about stress? You ask them how they are and they sigh theatrically before giving you a dramatic monologue about how hard they’ve been working, how little they’ve been sleeping and how totally stressed-out they’ve become.

On the surface, this speech sounds like it’s designed to evoke sympathy: ‘Oh, you poor thing. Life must be so hard. Is there anything I can do?’

But, not so far beneath the surface, there’s a completely different agenda. The speaker doesn’t want your sympathy. They want your envy: your Stress Envy.

At first, that sounds absurd. Who’d be envious of stress? After all, we keep being told that stress is one of the nation’s most serious health problems. It’s the reason that teachers, doctors and police officers are quitting their jobs. It drives people to ill-health and even death. If acquired post-traumatically, it requires immediate counselling.

But there’s another side to stress. As Jonathan Fingerhut, a London-based business consultant, comments, ‘People now believe that if they’re burning the candle at both ends, working constantly and unable to prioritise, that’s because they’re in demand. And if they’re in demand, then they must be successful.’

By the same warped logic, anyone who isn’t stressed must be a loser – a problem for the calm, phlegmatic Jonathan Fingerhut. ‘I sometimes feel that I’m a failure, or at least there must be something wrong with me. Why aren’t I more stressed? But then I have to remind myself that I am the sane one.’

‘I feel inferior to those who are incredibly busy’

Diana Hanton, a full-time mother of boys aged 12 and 10, may possess three degrees from prestigious universities, but suffers from feelings of inadequacy due to the fact that she doesn’t seem to be as busy as other women. ‘I just feel less of a competent human being than women who are, say, single mothers and bringing up several children while also running their own successful business’, says Hanton.

‘I genuinely feel inferior to people who are incredibly busy. I don’t actually want to be stressed. I would just like to appear a bit busier’. Meanwhile, says Hanton, her own husband is horrified by the fact that she eats soup in bed for lunch.

The phenomenon of Stress Envy has also been identified by Martin Hayward, the director of consumer consultancy at the Henley Centre. ‘People who are not frantic suffer from stress envy because stress has become an aspiration’, he comments. ‘Our role models are busy, busy, busy. The media portrays important people as never having a spare moment. So if you’re not busy you’re not interesting.’

Dr Roger Henderson, GP and medical writer, comments on the same phenomenon in his book, ‘Stress Beaters – 100 Proven Ways To Manage Stress’: ‘I meet many people who are frantically busy. They wear their diaries as badges of honour, proud to be indispensable and wanted by everyone. Every now and then they will say to me, “You have no idea how busy I am”.’

Profiles of brilliant young tycoons invariably stress their subjects’ seven-day weeks and 18-hour days, as if this were an enviable sign of brilliance, rather than evidence of an unbalanced, unhealthy and inefficient existence. The idea that one might be a better, more productive person for taking time to rest, relax and let one’s brain assimilate new information has become hopelessly old-fashioned.

This marks a massive philosophical shift. For centuries, power and prestige were measured by the absence of stress from people’s lives. The rich and aristocratic did no work: they had private incomes on which to live, and servants to do their bidding. In classical times, it was the presence of slaves that enabled Greeks and Romans to dedicate their lives to philosophy, art or public service.

But now, says Martin Hayward, ‘There’s a new definition of quality of life. Success is measured by how much you can squeeze in. It’s not the quality of life, it’s the quantity.’

And this applies, it seems, to our children. Middle-class parents, invariably worked off their feet themselves, find it impossible to contemplate the thought that their children might be taking it easy. They boast to their friends about the exams their three year-olds are taking to get into smart private nursery schools, the classes they’re having to advance their reading age, in between the piano, ballet and gymnastics lessons. Their children’s stress is now as much of a status symbol as fitted carpets or new cars used to be.

The irony, of course, is that we suffer less fundamental stress than any society that has ever existed. We live longer and more healthily than ever before. Nor are we threatened by famine or war.

But the less we actually have to worry about, the more we fetishise worry itself. It is no accident that the nation’s mental health improved during World War Two. People had something to think about other than themselves; they felt that they had a genuine purpose and, faced by the very real threat of death, they lived all the more intensely.

We, on the other hand, seem to be so confused by the absence of any serious problems, that we create artificial ones instead. There’s something bizarre about the way we’ve created a world in which constant activity and constant stress are thought to be admirable, enviable conditions. It’s almost as if we are frightened of what might happen if we ever stopped.

If we ever stopped to think, to reflect or to look at the stars, we might start to ask difficult questions about why we’re working so frantically, or what – in an increasingly post-religious world – we’re doing here in the first place.

Which are, of course, all fascinating questions. But I’m afraid I can’t stop to ponder them, because I’ve got this article to finish by lunchtime, and the VAT return is due in today, not to mention those two other features for a woman’s magazine, plus the story idea that I promised to the national paper I work for, and the phones just gone again, and …

…Impressed? Envious? You should be. I’m under serious stress.

Reward yourself – you’ve earned It

One thought on “Why ‘stress envy’ is the new stress epidemic”