You are here: Stressbusting > Causes > Health & Wellbeing > 6 ways to stop working too hard

Working hard can bring great satisfaction and rewards, and a little pressure can make us perform better. But, asks Hilly Janes, when does working hard turn into working too hard? 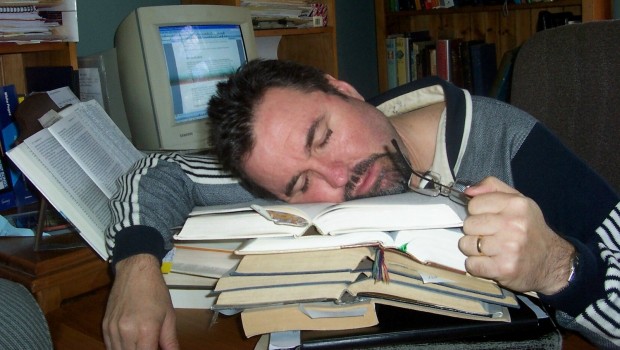 When working too hard becomes counterproductive

In 1908 two psychologists did an experiment on mice that helped illustrate how working too hard is counterproductive. To illustrate their findings, the researchers produced the “Yerkes-Dodson Curve”. The bell-like diagram showed that as their stress levels increased, the mice became better at performing a task, but only up to a point, after which their performance deteriorated.

Later research has backed the theory that while stress can help us achieve results, too much stress has the opposite effect.

More recently, Herbert Benson, an American cardiologist and founder of the Mind Body Medical Institute at Massachusetts General Hospital in Boston, claimed that if we switch to doing something relaxing or restful when stress peaks during a task, performance improves.

As stress increases, so does our physical stress response: blood pressure rises and heart rate increases. These changes can improve performance in the short term, but will do the opposite if experienced for an extended period of time.

How can you avoid the risk of the damage that comes with long-term stress? Switching to a relaxing activity, Benson believes, helps calm the stress hormones that trigger our stress response, and leaves us refreshed. In other words: take a break!

The toll that long-term stress takes on our body can be dangerous. More and more workers report staying late in order to finish tasks, and just under half of Brits admit to not taking their full holiday allowance.

In Japan, working too hard is recorded as an official cause of death. Known as “karoshi”, it is observed in workers with no previous risk factors who die from heart attacks or strokes triggered by stress.

In the UK, meanwhile, the Whitehall Study of civil servants showed a link between working three to four hours overtime a day and an increased risk of coronary heart disease.

Neuroscientist Jonah Lehrer thinks that if we make the rational, decision-making part of the brain work too hard for too long, it becomes depleted. We need to mingle thoughts and ideas from different parts of our brain to think creatively about knotty problems.

This could explain why “Eureka” moments often occur when we’re doing something completely routine, like having a shower or peeling potatoes.

This idea is echoed by business gurus, who stress how constantly working with no change of pace or scene is the enemy of creativity and innovation. Tim Ferris, author of the bestseller The 4-Hour Workweek, even argues that productivity and success come from working less, not more.

Work-life balance guru Joe Robinson, author of Don’t Miss Your Life, believes that health and happiness come not from chasing approval and status through working too hard, but from enjoyable activities like hobbies, or time with friends and family.

6 ways to stop working too hard

Refresh your brain with anything from a chat with a colleague to a weekend break or longer holiday.

Successful people are often accused of working too hard, but they are usually good at drawing the line between work and play. At work, avoid meetings at the start or end of the day; they can put a strain on family life. Set aside regular times to do the things you enjoy – and stick to them.

Are you a bit of a control freak who refuses to delegate work to colleagues? If so, you are probably not working effectively.

At home, insist family members – including children – pull their weight. Hiring help with childcare and domestic chores can really improve work/life balance, and ready meals and takeaways can reduce the pressure.

Perhaps you’re working too hard because you say yes to everyone’s demands. Learning to say no nicely is a valuable skill. Self-help writer Elizabeth Hilts argues that women are particularly susceptible to “toxic niceness” and should learn to find their “inner bitch”.

Nina Grunfeld, founder of the self-development organisation Life Clubs, suggests making a list with two columns. On the left, write “I am saying no to X”, then on the right add “which means I’m saying yes to Y”. This helps prioritise and head off objections.

Email has had a major effect on work-life balance. Don’t allow email to impinge on your time outside of work. Make rules about when you check your inbox, and switch off your computer or smartphone at home.

A recent Guardian article that investigated the habits of top CEOs discovered that many were already answering emails at 6 am. “What’s the point”, asked the journalist, “of being rich and successful if you have to get up before dawn every day to answer 500 emails?”

13 ways to take the stress out of commuting

12 ways to cope with too many emails

50 ways to get better organised

11 ways to deal with the boss from hell