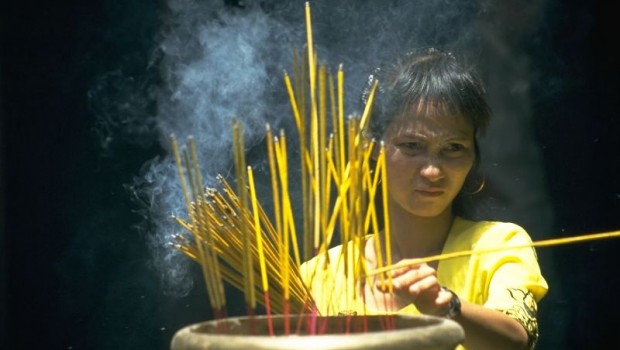 Smudging ceremonies form sacred parts of many Native American traditions, and describe the ritual of burning certain herbs to create a ‘smoke bath’ for emotional purification. The idea is to burn a specific herb, tailored to the biological state, and then fan your body and face with the smoke. Many rituals also have a very spiritual side and prayers, meditation or visualisation often accompanies the smudging. A variety of ceremonial rituals can be done and various types of ‘smudge sticks’ are burned, most commonly sage, cedar, sweetgrass and mugwort. The smoke that results is thought to banish negative energies. Little research has been done into the effectiveness of smudging, or the possible harms of inhaling smoke.

No research has been done into the effects of smudging ceremonies. Few have made reference to their use generally in some cultures and groups but none have studied the effects of burning herbs, the effects of their smoke, or how effective it is in treating stress and related symptoms. All accounts of its use have come from personal reflections.

Burning anything can result in the release of toxic fumes so smudging is not advised on a regular basis. As it has also not been studied, any negative health effects are largely unknown. It would be advisable to carry out your first smudging experience in a group.

Smudge sticks can be bought from as little as £2 online, with ‘smudge packs’ costing up to £50 for a more ‘intense’ experience. It should be carried out in well-ventilated areas and burning sticks should never be left unattended. It is also not advisable to use smudging on children, elderly people, or anyone with asthma or breathing problems. Smudging is unregulated and there are no qualifications for therapists to acquire or professional registers.