You are here: Stressbusting > Causes > Health & Wellbeing > Presenteeism: when work-life balance goes out the…
Tweet
By Stressbusting Team on 20th November 2007 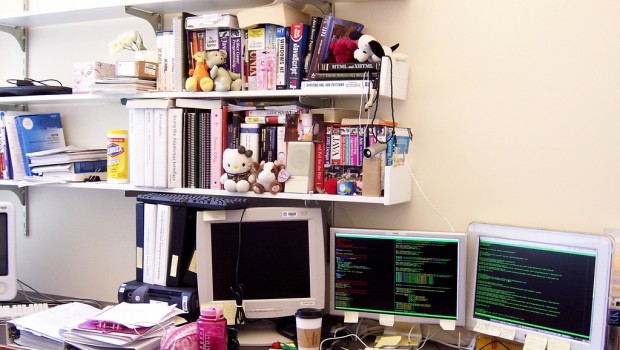 From absenteeism to presenteeism

Once, bosses fretted about absenteeism and the problem of staff not turning up for work. Now they are starting to worry about “presenteeism”, the long-hours culture and staff who simply won’t go home.

Among the new words hauled in from current usage and pinned down in the latest edition of the Collins Concise Dictionary is “presenteeism”. Maybe an eager drone had stayed late in the office to ensure it was there, for ‘presenteeism’ is defined as working longer hours and taking fewer holidays than the boss demands.

Who would do such a thing? Those who feel that their job is insecure, answers the man credited with coining the term, Cary Cooper, Professor of Organisational Psychology and Health at Manchester University’s UMIST.

“When even the leading edge industries like telecoms and IT are downsizing, you want to show commitment by getting in earlier, staying later and sending emails at night”, says Professor Cooper. “Fewer people means more work, which means more stress; and that has a knock-on effect on your private life. It’s a downward spiral.”

Meanwhile, the escalating benefits war between firms battling to retain scarce talent is turning once drab offices into 21st century “corporate villages”, boasting everything from office bars and gyms to masseurs, manicurists, play areas and even now granny creches. The result is that, for some staff, the office can genuinely seem more alluring than home.

This combination of job insecurity and ever more enticing offices is prompting firms which once fretted over absenteeism to start worrying instead about presenteeism and staff who simply won’t go home.

This may partly stem from genuine concern for the wellbeing of such staff but it is also because a growing weight of evidence shows that staff who work overlong hours end up producing less rather than more. Just as workers need lunch breaks, so, it seems, they also need a life outside the office.

BT have gone farther than many by launching an explicit campaign against presenteeism. It not only reminds staff that overtime is frowned on but uses a management consultancy to inspect employees’ timesheets and thus spot people who are spending too long at work.

Other firms not just allow but encourage staff to take “duvet days” (unscheduled days off) and paid sabbaticals. The London-based ad agency, TBWA now gives staff every afternoon before a bank holiday.

Meanwhile, the Government’s Health and Safety Executive (HSE) has just published advice to employers on how to tackle the spiralling problem of workplace stress. Managers, advises the HSE, should encourage staff to take their daily meal breaks and their full annual leave entitlement, while discouraging them from working long hours or taking work home on a routine basis.

An outdated way of management

“Presenteeism is a symptom of a much bigger issue, which is an outdated time-related approach go managing people,” says Dr John Knell, deputy director of Futures at the Industrial Society. “It assumes that unless people are at work and are visible they cannot be doing their job or showing commitment. It’s dinosaur-esque, and I cannot put into words my contempt for managers who manage this way.”

There are plenty of them about. The idea that someone’s status and success is defined by the hours they put in dies hard. “If you ask senior managers if they support the idea of flexible working hours they say ‘Of course’,’ says Dr Knell. “If you say, ‘Do you like the idea of your staff having more control over their time?’, they say ‘Yes, yes, yes’.”

“But if you ask if they work flexible hours, they say, ‘Well, no, I work very long hours myself’, so the pattern is being set by the people at the top. Unless senior managers are committed to changing their own behaviour, the UK’s addiction to long hours will remain.”

Presenteeism is a hot topic at the moment, as is its perceived solution, flexible working hours – and not just for private firms but also for the Government. It was part of the last government’s manifesto to introduce employees’ rights to have their request for working flexible hours fully and fairly considered. It didn’t seem to end the long hours culture.

The jargon for solving the problem of presenteeism is striking “the work-life balance” (not yet in the dictionary). Lloyds TSB are doing their bit to promote this balance by allowing staff the option of working a significant part of the time at home, provided they can present a convincing case that they can be as productive by doing so.

It is not clear yet whether this will make the Lloyds TSB workforce more productive. But the evidence is that greater flexibility does increase job satisfaction, which would reduce staff turn over. That’s something. According to Theo Blackwell, policy specialist at the Industrial Society, the average cost of hiring someone is £3,500. Reducing that is a clear business benefit.

France is currently conducting an enforced experiment in the work-life balance by legally enforcing a new 35-hour week. The aim is to reduce unemployment by redistributing labour between the overworked and the unemployed. The jury is still out on whether it will work but, so far, there are positive benefits on the economy and on individuals. Gym memberships are on the up, as are travel and leisure, while DIY has taken off.

“Maybe it’s a bad thing”, reflects Dr John Knell of the Industrial Society. “One of the nice things about the French was always their contempt for DIY.”

Get a life, get a flexi-life

Why it’s better to work smarter, not harder

Why every company should have an office dog

One thought on “Presenteeism: when work-life balance goes out the window”