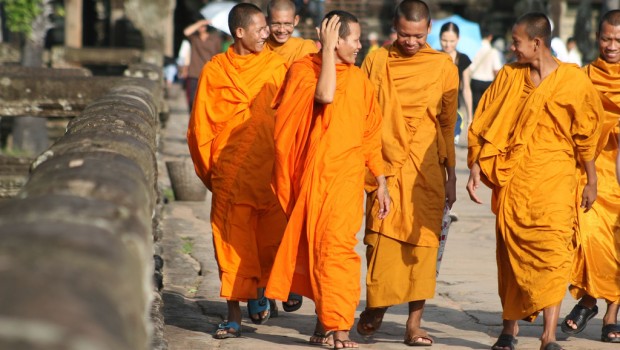 A Jewish patient once told me a true story about a group of senior rabbis imprisoned in a concentration camp. They were forced to work all day every day, except Sunday afternoons when they were allowed a few precious hours off. One such Sunday, a mock trial was organised by the rabbis where God was in the dock for allowing such suffering and misery. It was correctly organized with a prosecution, defence and the rabbis acting as the judges. At the end of the trial, the evidence against God was overwhelming and the verdict was guilty on all counts. There was a long silence as all sides considered this verdict and its implications, until an elderly prisoner stood and said, ‘Gentlemen, let us not forget—it is now time for our prayers.’

We sat looking at each other for a long time, and I was aware that the patient’s religious faith was something he rarely mentioned but that meant a lot to him. I have never forgotten his story. It is probably the best definition of faith I have heard.

It is not my job to moralise or preach to patients; there are other doctors who do that far better. My job is to be the advocate for my patients’ health, and there are times, especially when dealing with bereavement or terminal illness, when I am asked the question ‘Why?’ An answer is almost impossible, but the hesitant and flawed faith that I practise helps me. The effervescent happy-clappy fervour of true evangelism is not for me, because I always feel I have walked into a party three drinks too late. It is quiet reflection and an individual relationship with the person I choose to call God that sustains me through difficult times. If patients ask me, fine. If not, I am not there to impose my beliefs on others.

Religion can help people in many ways. One of these is to provide solutions to their problems that would otherwise be unattainable, and thereby reduce stress. In many cases there is no plan that can solve a problem, but the belief that even if everything collapses around you tomorrow, it will not be the end of the world, can be enough to prevent an increase in stress. If you cannot talk to family or friends about a problem, talking to a higher deity is a safe and healthy way of letting go of suppressed emotion.

There is no right or wrong way to believe. Whether you believe, and what you believe, is an individual choice. The key is that finding a quiet affirmation with something or someone is a great way to remove stress. Try it. You may be surprised.

Enormous numbers of people draw immense peace and comfort from religion – conventional or other wise. If you feel life is empty despite success, find out about faith.

Why it’s better to work smarter, not harder