You are here: Stressbusting > Causes > Work > Why every company should have an office dog

An office dog is one of the best ways of beating stress at work, advises a top stress expert. Reduced stress, lower blood pressure and the release of human feel-good hormones are just some of the reasons why every company should have an office dog. 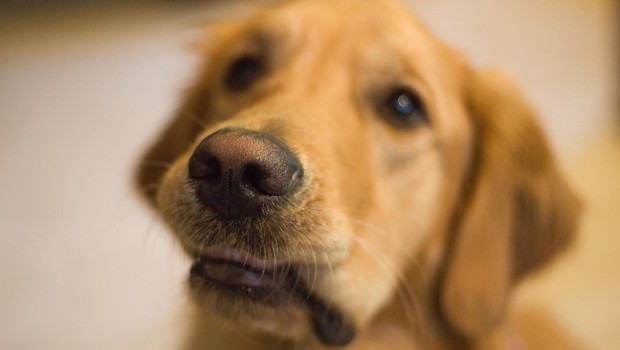 The PAW (Pooch At Work) or Office Dog theory is simple. It states that: a Fido by the filing cabinet, a Rover in reception and a bone under the boardroom table make all the difference on the mental health and wellbeing of even the most harassed of staff.

“Human feel-good hormones (endorphins) are released with a dog nearby in stressful situations”, says Dr Roger Henderson, author of Stress Beaters: 100 Proven Ways To Manage Stress, and a contributor to Stressbusting. “But it’s a mystery as to why.” The benefits of having an office dog include reduced nerves, indigestion, headaches, coughs and tiredness. “I would like to see many more dogs involved in working environments”, enthuses Henderson.

The effect on blood pressure

Research in America, meanwhile, has shown that stroking a dog can help reduce stress and lower blood pressure. The explanation, concludes Desmond Morris, the zoologist and people-watcher, is that stroking a dog is an outlet for “practical and comforting ancient primate grooming urges”.

But, as Dr James Serpell of the Companion Research Group in Cambridge, notes: “It’s not as simple as just being about stroking, because dogs seem to have the same effect if they are merely in the room.”

Maybe this explains the fashion for ‘It’ girls to carry around puppies in their handbags or why celebrities like Mickey Rourke and Ryan Gosling are so attached to their dogs.

The rise of the office dog

Advertising agencies are traditionally stressful places to work, but one character leading a dog’s life is Monsieur Brown, a Lurcher who is top dog at the Kunde & Co, an ad agency in central London. Brown spends his time poodling around the premises.

All Kunde & Co’s staff can be seen intermittently walking past and rubbing behind Brown’s ears and feeding him nibbles. “He’s lovely and very soothing, he really is”, says Karime Kendra, the firm’s receptionist. “Today, one of the ladies was feeling really moody and she snapped ‘I’m going to take Monsieur Brown for walkies!’. She came back 15 minutes later a changed woman.” When Karime takes Brown walking she talks out loud to him about office matters. “It excuses me from looking insane, for one thing!” she says.

Another company experiencing good results with an office dog is the publicity agency Borkowski PR. Employee Karon Maskill brings her dog Tess into work at the firm’s central London office. “She often breaks the ice with clients”, says Maskill. “I remember Mark Lamarr playing with her outside an important meeting and she now has a real thing about Leo Sayer; she recognises him on the telly after having met him in the office. I think the other staff enjoy Tess rooting through their bins for food every lunch time; in fact, she’s so popular that there’s a picture of her on our website where she’s described as our new MD.”

Graham Hill, who runs the music management company, HPR, is another advocate of pet therapy. “George, my Miniature Schnauzer, comes in to the office fives days a week. He’s a great excuse for all of us to let off steam – if you’re stressed you can play with him and his pull-rope, or take him for a walk, and get out of the office for a while.”

Hill’s clients include Jonathan Wilkes, the singer and close friend of Robbie Williams. “George hung out with the two of us at the studio, when Jonathan was recording, so now he’s officially a rock’n’roll dog. In fact, most of my clients love him. Sometimes, if I’m playing golf with one, George will come along and help retrieve the balls.”

Hill urges other companies to take note: “If more people had an office dog, then staff would be able to take a break and laugh throughout the day. The benefits are immeasurable; just the act of looking at George is enough to make people relax and smile.”

Mike Lloyd-Owen, who runs party planning and catering company By Word Of Mouth on an industrial estate in the Wandsworth area of London, says of his office dogs Trousers and Clova: “Having Trousers is a relief. He’s always wandering about checking how things are. Clova spends more time in the car – but I leave its door open all day so she can come in when she wants to do office duties.”

He often takes his dogs on visits to clients and would have no objections to more dogs being bought in by staff members. “I don’t want to sound like a nutter,” says Lloyd-Owen, “but I think the dogs understand when staff are wound up and they go over to them and say a nice soothing ‘Hello’.”

Jonathan Fingerhut, managing director of Fingerhut Associates, a business strategy consultancy, is a great proponent of the benefits of office dogs and canine therapy. “The landlords at our first office had a Jack Russell. We have high profile clients and, of course, clients are always right, even when they’re patently wrong. But I soon noticed staff seeking out Jessy, to give him a biscuit, after stressful meetings.”

On moving offices, Fingerhut acquired two more dogs. Vinny, a mixture of German Shepherd, Collie and Pointer; and Mungo, a little whippet cross. “Even those staff who claimed they didn’t like dogs I soon found lying on the floor looking deep into Mungo’s eyes, saying ‘Oh, who needs ooooing clients anyway?’.”

Even canine wind can prove beneficial, reveals Fingerhut: “Everyone would run from one end of the office to the other, going, ‘Oh, no, Vinny’s let one rip!’ and run around opening windows. But even that had an invigorating effect, because it distracted everyone briefly from their duties and got fresh air into the building.”

“The dogs have definitely won us jobs. And they make our jobs easier by empathising with our moods and giving unconditional love without any baggage attached”, enthuses Fingerhut. “I often hear staff members say, ‘It wouldn’t bother you if I delivered this one minute late, would it Vinny?’.’

When a supply of 300,000 torches got trapped near Hong Kong harbour during a typhoon, the client demanded that a fresh supply be made and flown over. Fingerhut’s response to this business catastrophe? Adhering to his maxim of “Get an office dog, get a life!”, he simply took the dogs, a ball and his staff to the local park.

Top dogs for the office

The following are the top breeds recommended by vet Desiree Mitton of the charity Blue Cross (which organises an annual “Take A Dog To Work Day” each September), and Alan Chalker, who uses dogs in a therapy programme called PAT (Pets as Therapy):

Also recommended by Mitton, because they are non-threatening:

5. Beagles: “They would also make a good office dog because they make people relaxed”, says Chalker.

6. Shelties: “These small versions of a rough-coated Collie are very popular in therapy situations and would work well as office dogs”, reveals Chalker.

You can learn more about the science behind why an office dog can make us less stressed by reading our article on animal therapy.

Presenteeism: when work-life balance goes out the window

The art of delegation

One thought on “Why every company should have an office dog”