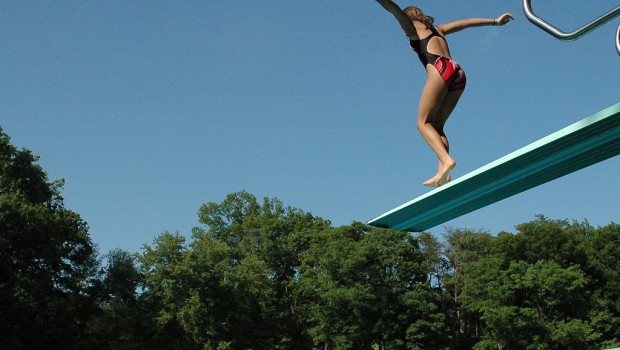 I don’t hold with Philip Larkin’s view that ‘Life is first boredom, then fear’. I take the view that in all our lives – even if it is only once or twice – a break comes along which, if we take it, sets us down a different, more exciting path.

For many people who sit in front of me in my surgery, the need to make a decision sets off spasms of anxiety and insecurity. They feel they have to seek permission from someone to help them make their choice. This may be a career change, ending a relationship or – on one memorable occasion – deciding whether or not they should pay their gas bill.

When I am dead and buried I will have the inscription ‘Life is not a dress rehearsal’ inscribed on my headstone. This is one of the phrases I say most to my patients, and all of them have the same thing in common. They have something in their lives that needs to change – an aspect of their behaviour or a problem in a relationship perhaps – but they are afraid to; they would rather stay trapped with their problem and its consequences than take firm action to change their lives.

This would involve going down an untried, untested route, and it scares them. Although change is part of human nature, because it is often seen as threatening, people try to rationalise their inability to make a change by saying ‘There will always be another day,’ meaning they will do something about it next day, week or year. So there are smokers who never give up smoking and people in abusive relationships who never leave. Each broken promise to act encourages feelings of hopelessness for the next time – ‘learned despair’ – and the pattern continues. We therefore fail not because we have no option, but because we are putting mental stumbling blocks in front of ourselves and then expecting to fail as a result.

I recently spoke to a stockbroker who is widely respected for his daring and highly successful trades in the City. I asked him what advice he had been given when he started his company and he told me it had been simple and to the point – ‘Don’t take risks’. This was rather like asking a professional poker player not to gamble, he said but he knew in his heart that if he took that advice he would not succeed. Instead, he viewed it as an opportunity that would happen once only, and accepted there would be low times when he would simply have to tough it out.

He suffered from dreadful nerves for the first three months, and wondered on many occasions whether he had made the wrong choice. However, he always listened to the one person he knew he could trust – himself. Many years on he still takes risks, but this time with other people’s money! He told me that, had he not taken the chance and broken out from his previous mundane Job, he would have spent the rest of his life regretting it.

We don’t need to give up our jobs and set up a smallholding in order to change the direction of our lives. Deciding what you want from life and then being ready to accept the opportunities that may – or may not – come your way is good enough. The crime is to notice such opportunities only when they have been and gone.

Grasp the opportunities that come your way. It may take nerve to break out and seize your chance, but you will not regret it.