You are here: Stressbusting > Causes > Health & Wellbeing > Keep pen and paper by your bed
Tweet
By Dr Roger Henderson on 5th November 2005 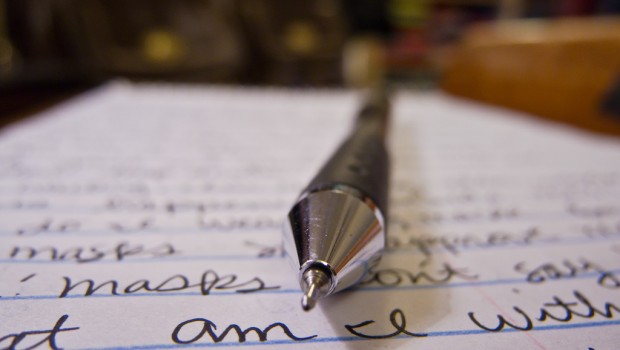 Stress affects our sleep, and when this happens many people feel that they must really do something about it. When they see their GP they either are in an exhausted state or have been sent by their partner whose sleep their insomnia is also disturbing. They are not necessarily looking for a magic pill, but simply want to know how they can prevent their worry from interrupting their sleep.

I learned how to worry less by sleeping more quite by accident. On a home visit to a bank manager, I noticed a large pad of paper next to his bed. The top sheet was covered with a mass of scribbles and deletions, and I asked if he was planning to write a book. He replied that, on the contrary, the scribbles improved his sleep, reduced his stress and worry, and helped his sex life. When I asked what he had to write to achieve this, his reply was ‘What you write is up to you. It’s when you write it that matters.’

Then I saw him next I asked for more details. He told me he had a stressful job, with the very real possibility that he could be made redundant at any time. This had begun a pattern of stress and anxiety, which started to keep him awake every night. He would think through one problem and as soon as this was sorted in his mind another would appear.

By the end of the night, not only had he gone without sleep, but he could not remember most of what had kept him awake. He had also begun to realize how little of what he worried about actually seemed to happen.

One night he wrote down some of his worries, initially in order to decide which were the most pressing. In doing this he soon realized that much of what was worrying him was either out of his hands or not worth worrying about.

The simple act of writing clarified the real concerns he had, and he then jotted down possible solutions or random thoughts that came to him in the night. At the same time, he determined to look at and act on them the next day.

To his surprise he found he was able to get to sleep after only 30 minutes of thinking and scribbling. If he woke in the night worrying about something, he quickly wrote down both the problem and any answer he thought of before putting the problem down with his pen and going back to sleep.

The following morning, when he came to look at what he had written, most problems seemed irrelevant or inappropriate, and the rest were either answered or needed more thought. In this way he was able to sort out his real problems, and stop himself from thinking about the same problem night after night. He slept better, and had more control over his work, and so was less distracted when he went to bed, much to the delight of his wife.

Tackle worries that stop you from sleeping by writing them down there and then. Look at your notes the next day. The problem will not seem as bad, or your subconscious may have come up with an answer.