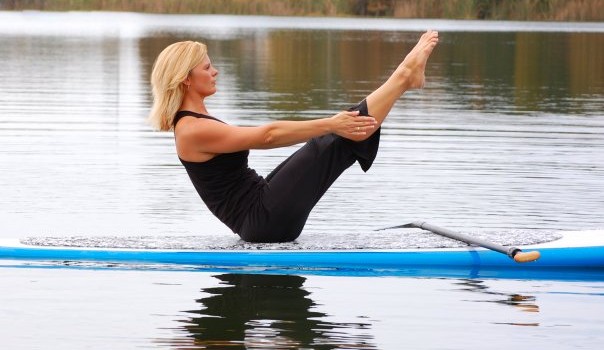 It’s yoga, but not as we know it. “Floating yoga” is more like a cross between yoga and surfing, performed on an anchored paddleboard or paddleboat, which resembles a wider version of a surfboard.

YogAqua first took off in Hawaii, which, of course, offers the perfect conditions, but is now spreading across America. It has also reached the UK, where it is known as Paddleboard Yoga.

Sessions are reportedly more light-hearted than conventional yoga, at least partly because failure to make a particular position results in falling into the surrounding water (don’t worry, each long board is equipped with an attached mat, an anchor and a lifejacket for safety precautions too).

Classes are typically 90 minutes long, including a short practice session on land, followed by a paddle to a suitable spot, where an instructor leads a yoga session containing the sort exercises seen in, well, a typical yoga class.

Jessica Matthews, a yoga instructor and exercise physiologist with the American Council of Exercise in San Diego, says: “It’s definitely different than practising on land… The board isn’t completely unstable because it’s pretty big, but it’s still wobbly enough to work your core in different ways.”

Jennifer Aniston is reportedly a fan.

Stressbusting Books: What to read now