You are here: Stressbusting > Causes > Health & Wellbeing > Learn to ‘be’, not ‘have’
Tweet
By Dr Roger Henderson on 6th November 2004 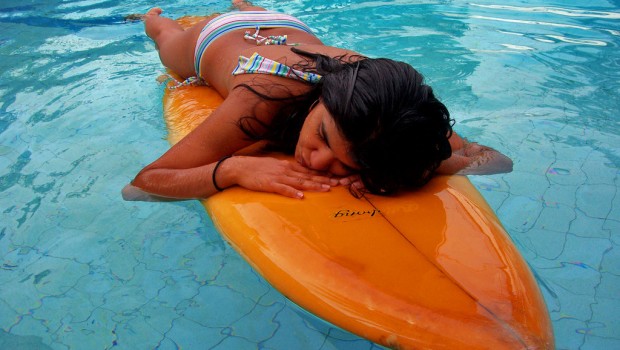 I am very rarely lost for words. In fact, most people say that is the last thing that would happen to me. I also view myself as unshockable being privileged enough in my job to see people as they really are ensures that – but I remember a particular patient who not only shocked me but reduced me to silence. In doing so he showed me just how destructive ‘need to have’ thinking is on both our stress levels and our mental health.

James came to see me in a state of considerable mental anguish. I had known him for many years, and had watched from the sidelines as he built up a massive business by the age of 40, along with the trappings of success. These unfortunately included a deeply dissatisfied wife and two children who never saw him from one week to the next.

When he asked me what he could do to reduce his stress levels I bluntly suggested he should sell up and get out. I was therefore surprised to hear that he had been thinking of doing just that, but couldn’t because his pension fund was not large enough. It was when he told me this fund had ‘only’ four million pounds in it that silence descended on my side of the desk.

The reality was that James could never have a pension fund big enough to satisfy him, and even if he did there would always be bigger and better ventures after that. He was always thinking about what he didn’t have rather than what he had, and so remained deeply dissatisfied.

As expected, my advice fell on deaf ears and James lost his wife and children shortly afterwards, and faced an expensive divorce settlement. He still sees me for advice but freely admits that he is continually moving the goalposts in his life, so that once he has achieved his latest target – bigger bonus, better car, another million – he sets himself a higher one.

Satisfaction can never be achieved if you view life this way. When do we ever have enough? If you list the good points in your life – that you actually have a job in the first place, that your partner does have some redeeming features, that your health is better than some people’s – you will actually end up getting more of what you want.

If you can focus on enjoying life at home rather than waiting for two weeks in the year when you go on holiday, you will know how to feel good. If for any reason you don’t get your holiday you will still have enjoyed yourself.

A lesson we all need to be reminded of is that much of what we have in life is good and satisfying as it is. Look at what you have – house, car, work and relationship – and write down exactly why you feel it needs to be improved. Change is good, as long as you are not simply trying to fulfil an endless wish list.

Many of us imagine happiness involves a bigger house or more money and possessions. But all these do is set more targets and stresses for ourselves. Start investing in the truly important things in life – not just the bank balance.

Use your ear – drive it too